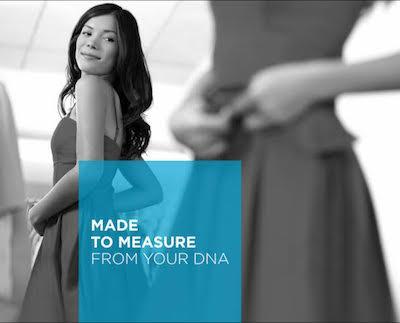 Much research is now being conducted on the value of nutritional and preventative medicine, giving us new insights into the body's innate healing abilities, as well as ways to build up and create natural defenses in the body.

We are learning how vitamins co-operate with one another, and the way they work together with traditional therapies; we are also examining the way the body responds to specific anti-oxidants and phytochemicals [nutraceuticals]. We are no less aware of not just antibiotics, but also of the new concept of probiotics [dietary supplements containing potentially beneficial bacteria], not to speak of synbiotics [a combination of nutritional supplements comprising of probiotics and prebiotics, a category of functional foods].

The idea that health is more than just the absence of disease is at last emerging from the philosophical realm and making its way through into the scientific world. A fundamental shift is also taking place in our perception of health, and nutritional research is entering a new phase which will sure revolutionize medicine and holistic treatment of illnesses.

Integrative medicine owes its existence to the merging of Eastern philosophies and Western medicine. The amalgamation of the two has allowed for a system of medicine that has the advantage of sophisticated state-of-the-art technology, concentrating not only on the elimination of disease, but also on the enrichment of physical and emotional wellbeing. Tests have been developed during the past few years, allowing physicians to go beyond the standard detection of pathogens, and evaluate each patient's biological blueprints.

Tests that I perform, which are usually overlooked by conventional medicine are mostly nutrition, allergies, and anti-oxidant levels. These tests include:

Nutritional status. There are tests available that examine nutrient levels not only in the serum, but also at the cellular level. These tests detect specific vitamin and mineral deficiencies, particularly B-12, which is a growing problem among vegetarians. Other common deficiencies that may also be identified are zinc and magnesium.

Environmental allergies. These include chemical sensitivities and toxic reactions. With the spring/summer season now upon us, checking for allergies is singularly important for those suffering with asthma and chronic sinus congestion. In addition, most of us are exposed to pollutants and toxins in our environment, often unwittingly. Exposure can occur as easily in an industrial unit, as it can in an office building, workplace, or your home. With over 50,000 chemicals in use, accompanied by poor ventilation and out-gasing in many buildings, significant burden may be placed on our immune system.

Intestinal imbalance. It has been estimated that one out of 10 people in the US alone "houses" a parasite. And, with the use of antibiotics, birth control pills, and prednisone, alterations of the bacterial flora are now commonplace. These changes have been linked to a host of serious illnesses, such as rheumatoid conditions, secondary infections, candida, and allergies. They may also play a hidden role in estrogen-related conditions, such as PMS and menopause, no less.

Hidden food allergies. Long underestimated, food allergies and sensitivities are now viewed as serious contributors to a number of illnesses, including asthma, chronic headaches, and intestinal problems, such as colitis and irritable bowel syndrome [IBS]. Recent studies have shown that 6 million children in US are suffering from food allergies.

Immune status. Evaluation of the function of natural killer cells - T and B cells - act as markers for various immune-altered states. Proper immune function is essential for the prevention and treatment of disease.
While Western medicine typically focuses on a patient's symptoms, Integrative medicine concentrates on proper immune function. Instead of drawing decisive conclusions about the cause of disease based on apparent symptoms, and prescribing a standard treatment plan, alternative physicians search to determine the underlying cause of a disease, examining each patient's unique needs, sensitivities and tendencies, and presenting them with a variety of treatment options. The best part - the patient is the one who makes the final decision.

Agreed that Western medicine has accomplished incredible feats in the maintenance and preservation of human life. Thanks to persistent research, hospitals are now able to perform procedures that would not have been dreamt of a few decades ago. Despite all its glory, however, Western medicine is reaching a blind alley.

Combating the symptoms of a disease, after all, can only go on for so long. Taking cortisone for your inflamed joints or intestines will help you for some time, but soon enough you’ll find your immune system compromised, and your body struggling with new illnesses. Antihistamines will control your inflammation, but they will not tackle the root cause of your problem, which may be an allergy, or an immune "burden." Antibiotics will offset your infection, but it will not take long before your intestinal flora goes out of sync.

These are just examples, and anyone who's perused the medication aisles of the drug store knows that there is a "fix-me-up" remedy for nearly any problem. The best part, again, is - consumers are coming to terms with the fact that the quick-fix approach is just what the name implies. It is quick and short-term; it is not long-lasting.

C, a 62-year-old diabetic, arrived to my office, complaining of severe fatigue. Convinced that her symptoms were related to diabetes, she had long avoided non-traditional medical care. However, she was shown to have vitamin B and zinc deficiencies and allergy tests revealed sensitivities to wheat and dairy. Furthermore, her natural killer cells proved low, and her viral titres were high. After detailed evaluation, she was diagnosed with chronic fatigue syndrome. A nutritional and supplement program was instituted to minimize her food allergies. She is now symptom-free.

P, a 35-year-old vegetarian architect, had been experiencing chronic bloating, intermittent constipation and diarrhea for nearly a year. He had been diagnosed with everything from IBS to colitis. His physicians had prescribed him prednisone - a powerful anti-inflammatory drug with long-term side-effects, ranging from cataracts and osteoporosis to kidney disease and heart failure. An evaluation of his allergies, however, along with a vitamin analysis, and a check for [gastro-]intestinal dysbiosis [imbalance] revealed a positive culture for yeast, a vitamin B deficiency, and an allergy to soy. We treated his allergies and his yeast condition, and administered intravenous vitamin therapy. His illness has since been resolved.

Office Hours
Get in touch