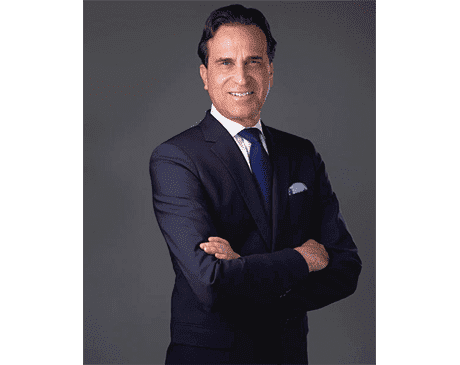 Dr. Richard Firshein, is board-certified in family medicine, and the leading authority in the fields of Integrative, Anti-Aging, and Precision- Based Medicine. He embarked on his journey as a physician over 25 years ago and founded the Firshein Center for Integrative Medicine on Park Avenue in New York City.  Dr. Firshein has treated over 25,000 patients who have often experienced life-saving as well as life-enhancing results while receiving the most intensive, state-of-the-art, and personalized treatment available. At the Firshein center, he uses cutting-edge, DNA-based, diagnostic, nutritional, gut biome, and allergy based testing to create customized longevity and anti-aging protocols for his patients.

As the best-selling author of the groundbreaking book The Nutraceutical Revolution, Dr. Firshein was the first physician to recommend a precision-based Nutraceutical approach for treating patients by utilizing a customized vitamin supplements and an individualized dietary approach. Known specifically for his detailed consideration of each patient’s medical history and markers’ for chronic conditions, he has developed a reputation for a uniquely compassionate, and effective form of medical care. He treats a wide variety of chronic issues, including asthma and allergies, chronic lyme, chronic pain, diabetes, cardiovascular disease, and osteoporosis, menopause and cancer utilizing therapies which he says are the best of both worlds. Early on in Dr Firshein's career he advocated for a variety of cutting edge therapeutics which were considered avant grade at the time including IV Therapy, food allergy desensitization drops and bio-identical hormones.

Dr. Firshein’s innovative approach to holistic treatment methods and his considerable experience have garnered him numerous awards, such as Castle Connelly's “Top Doctor” and The Vitals “Most Compassionate Doctor” Award,  and was also recognized as one of "The Leading Physicians of the World" as well as a  Healthgrades Honor Roll physician.  His groundbreaking approach to medicine has made him a consistently sought-after medical expert on numerous television programs, including CNN, FOX News, CNBC, HLN, Good Day New York, WPIX Morning Show, CBS Morning News, and The Food Network. Dr. Firshein also hosted his own  highly successful radio show, House Calls, for over 10 years. He has traveled the world and spoken at numerous prestigious medical conferences educating physicians, pharmacists and the lay public.

As a contributing editor for Psychology Today, Dr. Firshein explored the connection between mind, body, and nutrition. He has been prominently featured in numerous popular magazines including Vogue, Harper's Bazaar, People, Self, Good Housekeeping, Men's Health, and Bottomline Health. His precision-based approach was featured in Town and Country magazine, which highlighted his work and research on the role of precision-based medical treatments, allergies, and diet. On the professional side, his clinical approach to health has been featured in the international medical journal Biomed where he authored numerous articles for an International physician based audience looking to incorporate advanced medical therapeutics. Dr Richard Firshein is the author of the best-selling books the Vitamin Prescription for Life, Reversing Asthma and Your Asthma Free Child. In addition to being an Osteopathic Physician, Dr. Firshein is  also a Certified Medical acupuncturist trained at the University of California, Los Angeles (UCLA), incorporating both Eastern and Western modalities into his therapeutic regimen. Dr Firshein has helped other doctors come up through the ranks by serving as assistant professor of Family Medicine at the New York College of Osteopathic Medicine, and as director of residency training in Family Medicine and director of medical education at Brookdale and St. Claire's Hospital in New York City. 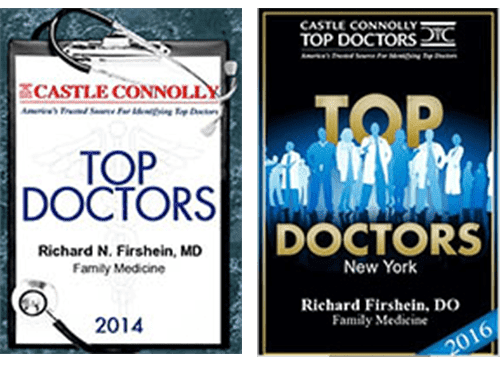